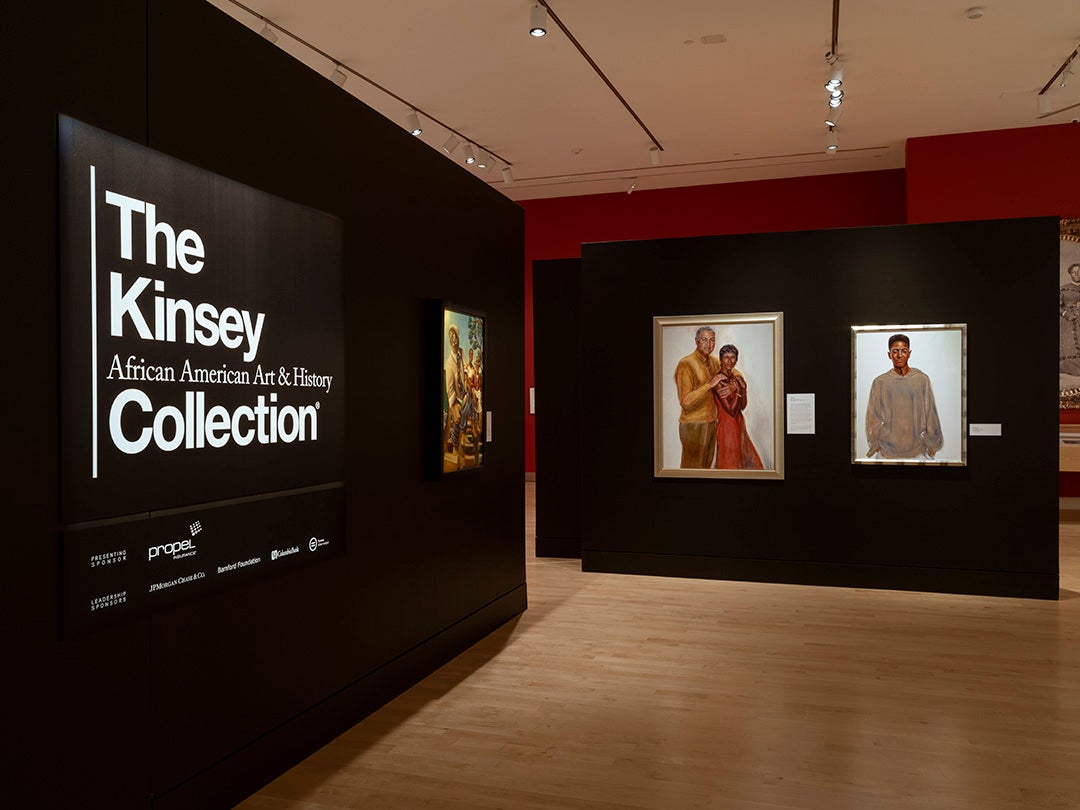 I had never thought of art as having physical qualities that could be transferred to the viewer — until I had worked with The Kinsey African American Art & History Collection. I thought art was only for the eyes. There are others that believe that art completely overrides the sensory experience. Yet, I believed this to be only partly true. Art is for the eyes, the ears, touch; sometimes scent; almost never for taste. It is rare that art can incorporate the viewer’s body as a part of the piece.

There was a specific piece in the Kinsey exhibition that did this, titled Female Slave Shackles, made in 1850. It was held in a square glass case. My eyes held it in focus and viewed it as a painting. For a moment, that’s all it was. But, it pushed to become something immersive and dynamic — a piece that warrants proper attention. It physically put me in a place of submission, a place of heaviness. Female Slave Shackles forces the viewer to imagine oneself in the position: the feeling of enslavement versus the feeling of ownership over the self. For a moment, one can be lost in the space between the two.

The next time I went to see the exhibition, I took my cousins with me. I wanted other people to see what I saw, feel what I felt. I took them over to the piece and let them view the shackles. They kept admitting disbelief. It wasn’t a prop. It was made and it was real. It had a feeling attached to it. It was something more than art. It pushed the imagination and it allowed a full release of control to the Collection. We became part of the show. My cousins walked away. They couldn’t stare at it too long.

The Kinsey African American Art & History Collection taught me that art can be felt in uncomfortable ways. Art can be from the mind, aiding in imagination. Putting oneself in shackles and losing freedom voluntarily. The difference for me was, it was only for seconds. It was a fleeting feeling that I could turn off when I wanted. I could move on to the next piece. I could leave the museum and never look at the shackles again. The lessons from this one artifact left fragments in my mind. It was painful but necessary.

My cousin told me he was glad it was the Kinseys who owned things in this manner; that he wouldn’t want anyone else to, that it was good for the collection to be owned by the Kinseys. I agreed, and we walked out of the museum in silence, thinking about how the shackles weren’t entirely rusted.