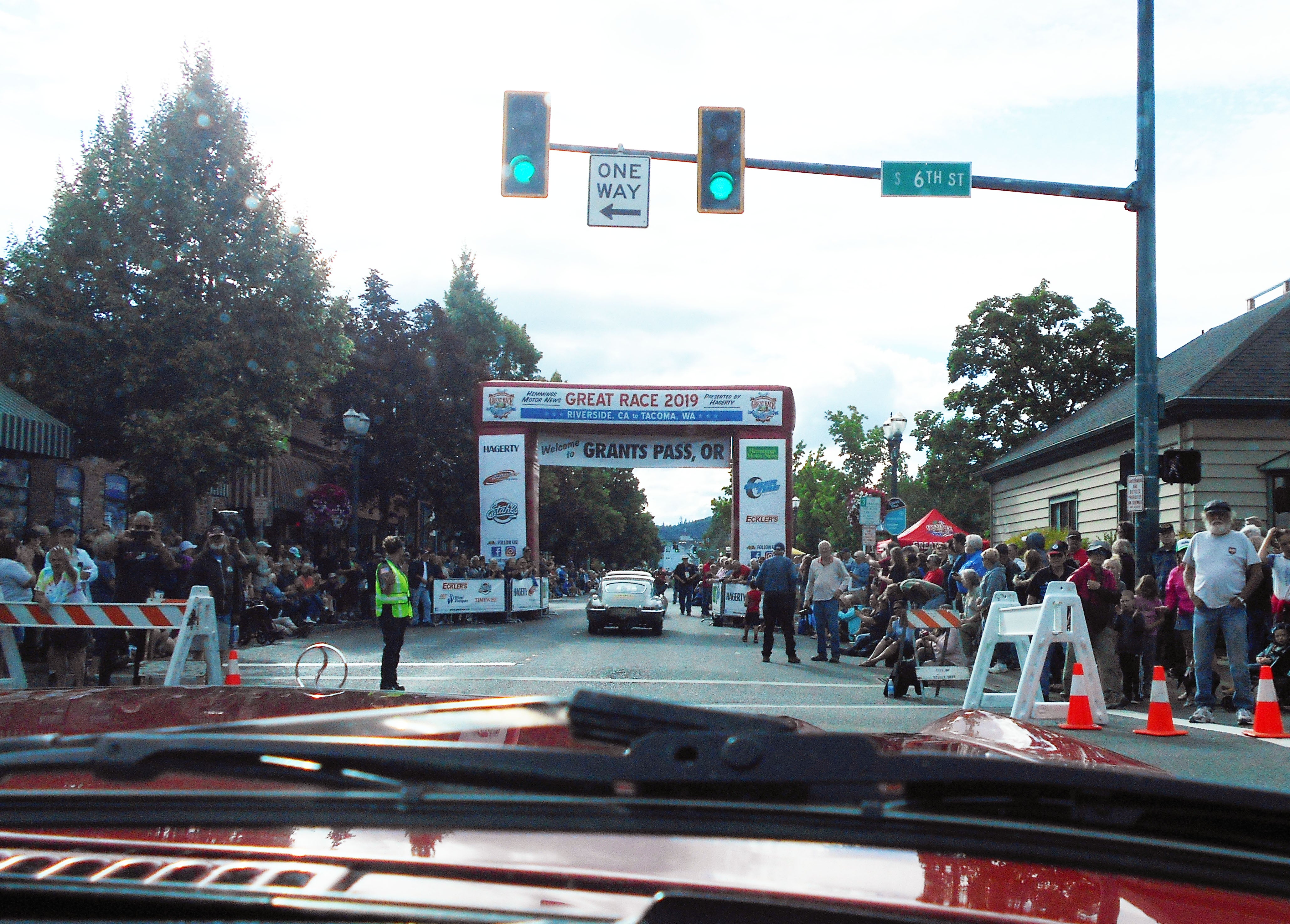 By Steve Hedke, who is representing LeMay – America’s Car Museum with his wife Janet and their daughter Allison in the Great Race

Today’s route took us back and forth from California to Oregon, with beautiful views of the ocean, more drives through the redwoods, and some great mountain roads. The weather was much cooler and overcast in the morning, and gave way to rain, sometimes heavy, beginning around lunchtime.

We were very grateful to be snug and warm in our car with rolled up windows and working wipers. Some of the older cars, especially the open roadsters and racers, were not as fortunate. What they have is a score advantage in that the older the car, the larger the age factor that is applied to reduce their score. Since we have a newer car, our age factor is minuscule so we have to be that much better to be competitive.

Today was not without controversy. There is an advance team that tests the route a day ahead to alert the rallymaster of road conditions that require changes to the route instructions. Then the rallymaster runs it again early in the morning to catch anything new. Today there was a construction crew who had closed a lane on the route, backing up traffic, so the rallymaster moved a checkpoint earlier on the course and posted a sign that the leg had ended. Unfortunately, the construction crew shut down and took our sign with them so many racers did not realize the leg was over and continued to rally for a another 40 minutes and never saw another checkpoint for all their trouble!

Most of today was short bursts of rallying followed by scenic transit drives. We were trying to apply some theories from what we’d learned from previous days, and it seemed to work today. We had a total score of 9 seconds error over 6 legs, and we were thrilled. It was the third best score of the day and first place in the Expert Division. But even better, our four worst legs have now been dropped from the cumulative score and we find ourselves in the rarefied air of being in second place overall and first place in Expert!

Our tire issue did not get any worse today, so here’s hoping it stays just like this for the next 4 days.

We are realistic enough to know there are still four days of tough rallying ahead and anything can happen at any time. But for tonight, we are thrilled and looking forward to tomorrow!